Reviews and Testimonnials Success Stories from Our Work with Maui Schools

“A recent incident of aggression at a local middle school was referred to an NVCnextgen trainer by the Vice Principal, who felt that the conflict remained unresolved.

The conflict resolution took the format of a circle as there were multiple students who had been involved in the reported incident of violence. The involved students came together with peer mediators, our NVC trainer, and a teacher to look for a resolution to the conflict. The circle began by giving each student involved the chance to explain what had happened from their perspective. The conversation quickly revealed that the reported incident of aggression had never actually happened, and that the issue at hand was really about unresolved conflict and emotion from a romantic relationship that had recently ended.

This circle allowed for both students involved to delve into the heart of the issue, expressing the ways that they had both been hurt by rumors that had come out of the breakup and the complicated dynamics of managing relationships with the other’s friends and family after the breakup, as these relationships can often be an important source of safety which may feel threatened after a breakup. As the students worked through this complicated and emotional conflict within the supportive format of a circle, the students were able to work through the layers of misunderstanding and uncover the authentic truth of the situation, finding healing, understanding, and a resolution of the conflict and hurtful behavior that had resulted from the painful break up and following misunderstandings. The circle ended on a positive note of appreciation as each student was able to express one positive thing that they had gotten out of their relationship.

This circle stood out to us as an excellent example of the magic that can come out of circles, as harmful forms of indirect communication such as rumors are translated into real, direct connection and communication that provides understanding and resolution.”

As a group of peer mediators gathered for a circle at a local middle school to debrief an anti-bullying presentation, our NVCnextgen trainer noticed that one of the students was crying. He asked the student if she would like to talk through what was going on for her, and she began to open up about her experience with bullying.

This student’s vulnerability and the caring circle environment created a space where each of the mediators opened up to share about a time when they had experienced bullying and also talked about other traumas that they had experienced. What was meant to be a 45 minute regular check in and debrief quickly turned into a 2.5 hour long heart to heart.

Students were able to connect on an incredibly meaningful level and process their traumas in an environment of immense caring and support. This healing experience created a unified group of peer mediators, with deep bonds that will no doubt foster supportive, long-lasting friendships and an incredibly effective peer mediation program. 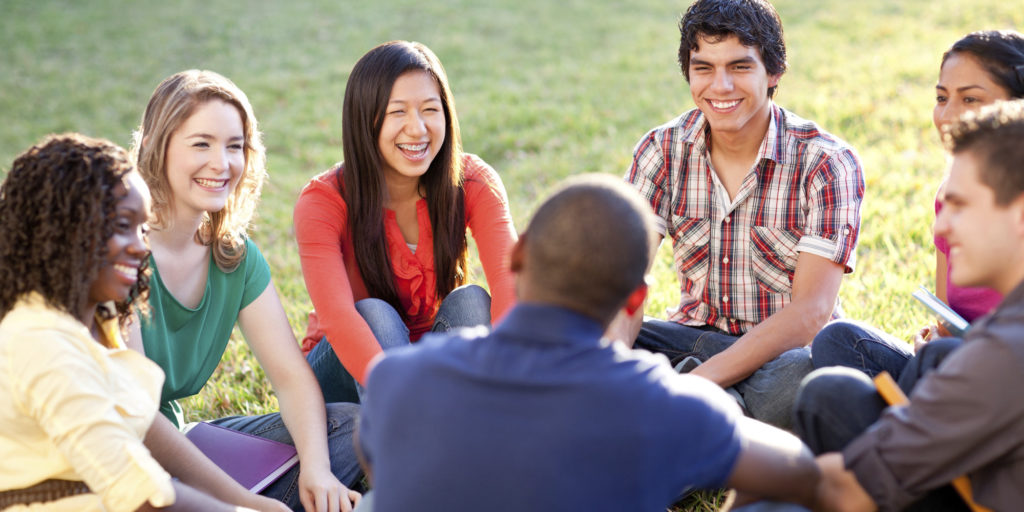 Two boys who hardly knew one another were pressured by their peers to fight. As rumors and tensions escalated, the boys finally felt like they had no choice but to fight each other, as their classmates physically pushed them together at lunch one day. They fought each other and were both promptly suspended.

A few weeks later two girls found themselves in the same situation. They were hearing rumors that the other wanted to fight them and felt pressured by their peers to fight. As they were pushed together one of the girls asserted that this tension could be better resolved through peer mediation, which they decided to pursue instead of fighting.

Thanks to peer mediation, the girls were able to clarify that the tension was purely a result of rumors and other students attempts to cause drama, and that they had no real reason to want to fight each other, in fact they hardly knew each other. In this case Peer Mediation prevented the students from the physical and emotional pain that results from fighting and they were not suspended or in trouble at all!

Getting to the Heart of the Conflict

Three honors students came to peer mediation with a conflict. The girls had been good friends for years but now found themselves in a fight after one confided in another with who she had a crush on and the friend shared this information with others.

When the girls came to peer mediation, everyone thought that this student was angry because her friend had told her secret. While talking this conflict through with the help of peer mediators, the girls got to the real heart of the issue: she was sad because when her friend told who she liked, it took the fun and excitement out of the experience of having a crush and telling your friends about it.

The process of peer mediation helped the girls discover the truth underlying their emotions. The girls left peer mediation with big smiles and a hug knowing that their friendship had been restored. 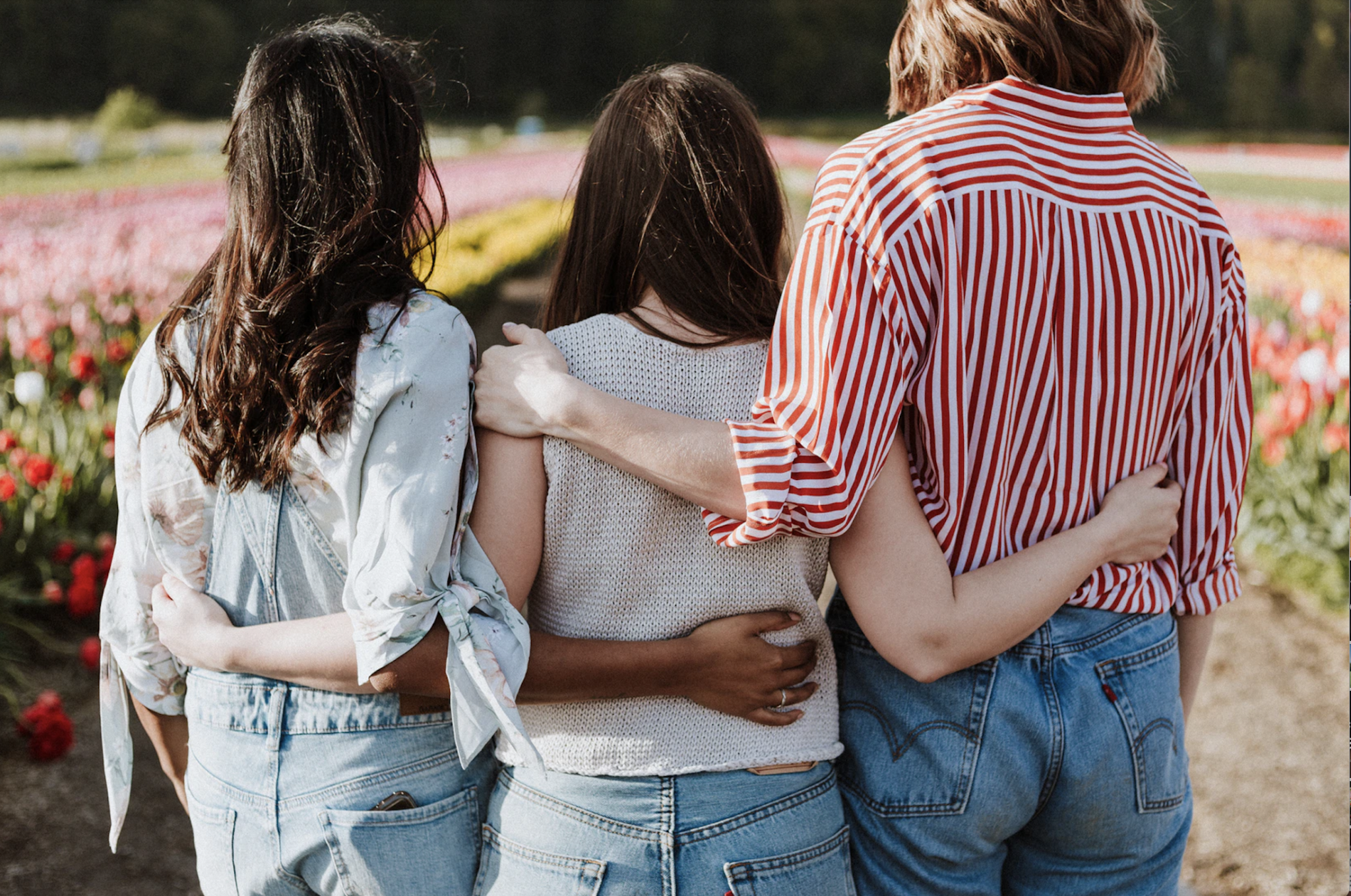 The following is a letter sent to our NVC trainers

I wanted to email to thank you for the help and guidance that you provided to my partner and me.

It was helpful for our marriage, but it was also very helpful for relationship with my daughter.

The turning point for me was during one of our sessions. Jim asked me two or three times if I spanked our child, or applied corporal punishment to her. Each time I answered “Yes”.  Jori then asked if I was spanked as a child, and I replied “yes”. Both my partner and I had been spanked. I hadn’t ever questioned the spankings. I thought that they were a necessary tool to teach children, as my parents had done to me.

In the days after Jim had asked me repeatedly if I spanked our child, I thought, “Well that was odd. I wonder why he asked me so many times and seemed distraught.” As I thought about the interaction I began to wonder if Jim was concerned about our child’s health and safety. I started thinking about all the people in my life and wondering if they had been spanked. I knew that a couple of my friends had never been spanked and they developed into wonderful, contributing members of society. My parents had taught me that children who were not spanked would turn into spoiled brats and would be like that for the rest of their lives. (I don’t know if they truly believe this, but it is the message that I received from them.)

As I reflected on the spankings that I received I recall the unfairness and resentment that I used to feel. Sometimes I felt so humiliated. I believe that no child deserves to feel this way. I do not want my own daughter to experience this anymore and I want her to learn better ways at expressing her frustration and sadness, which means that I have to learn and practice better ways at honoring and expressing my frustrations.

Two years ago I committed to a peaceful home, which meant that I would need to find another way to teach self-discipline to my daughter – not through physical or emotional punishment.

Making this commitment has pushed me to grow and change so much. It has been very painful to accept responsibility for my own emotions and reactions. I am proud of the commitment I made and that I have been able to honor it even in very challenging moments both my child and my partner. I believe that it has created more peace in our home.

Thank you for spreading peace to our home.